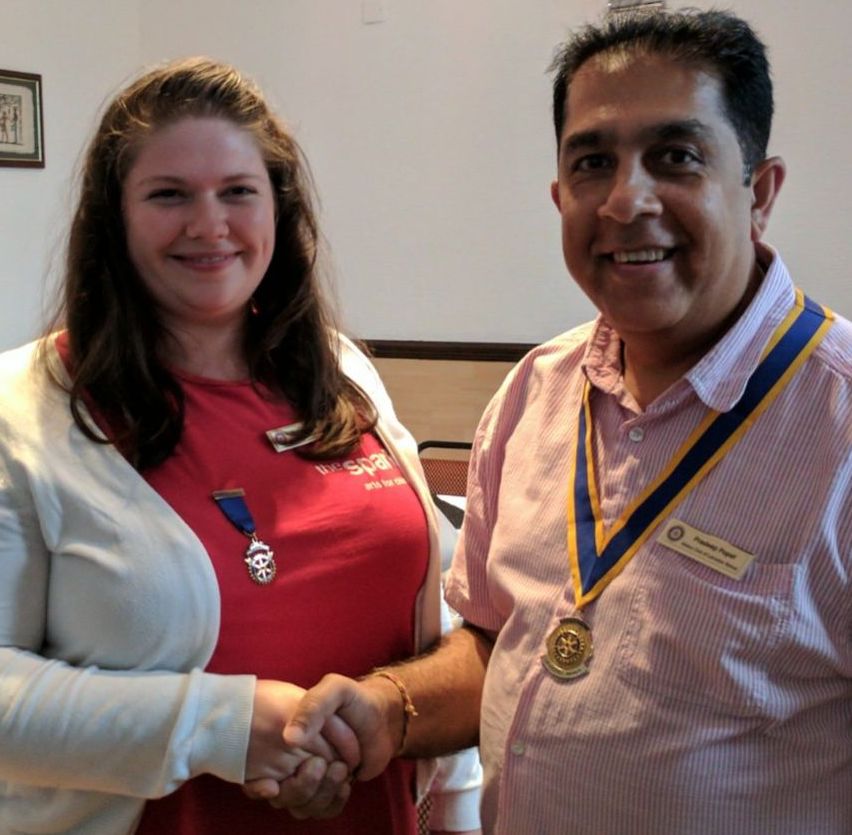 It was time for another presidential handover at Leicester Novus. With incoming president Pradeep returning from his holidays the club were excited to see the start of this new chapter and his very important year.

Wearing the chain of honour President Gemma started proceedings and welcomed the club for the last time in her role as president. Shortly after she welcomed Pradeep to join her and presented the chain to him, officially marking his term in office. Gemma wished Pradeep the best of luck and assured him he would have the support of the whole club. 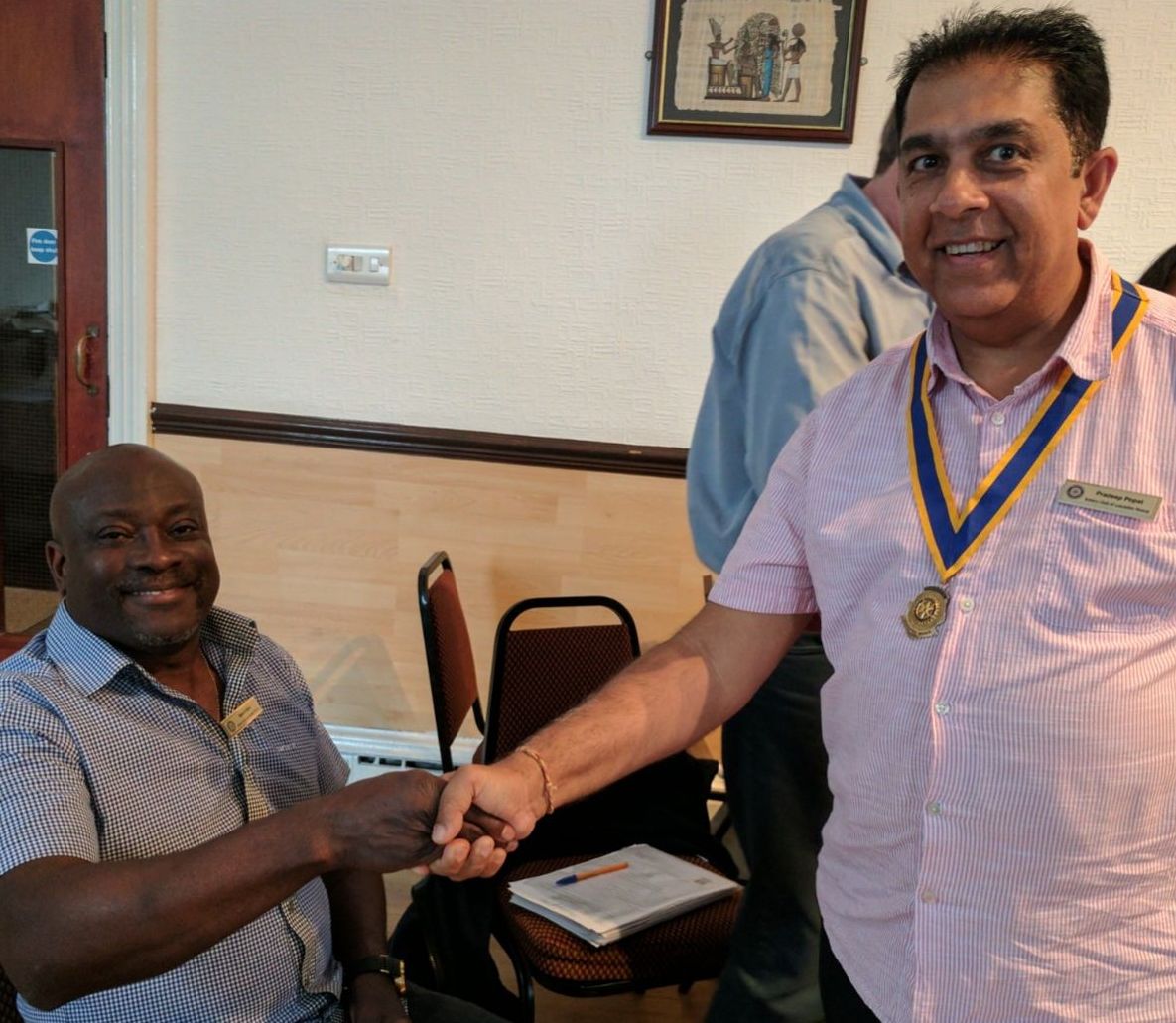 Pradeep’s first job was to induct new member Mark Esho, not a bad first day on the job for the new president. A formal welcome and initiation was read, outlining the expectations and duties of Mark and the whole club as we play our parts as Rotarians in every aspect of our lives. Mark, although not new to Rotary, was humbled by the ceremony, he wore his new badge with pride and thanked everyone for being so warm and welcoming. Mark said that he was looking forward to being a member of this club which from the very start he knew was the right fit for him.

Following on from the formalities there were greetings brought from international clubs in Dubai and a banner handed over from RC Chatanooga. A truly official, international and exciting start to the year.

The meeting continued with the club planning a spectacular Hollywood Bollywood event and a sponsored walk, both of which will raise money for President Pradeep’s charities which are Jaipur Limb, LOROS and Rainbows.

Ending the gathering in the normal way, with a toast to “Rotary, Fellowship and Peace The World Over”, Novus members left on a high and very much looking forward to the year ahead.