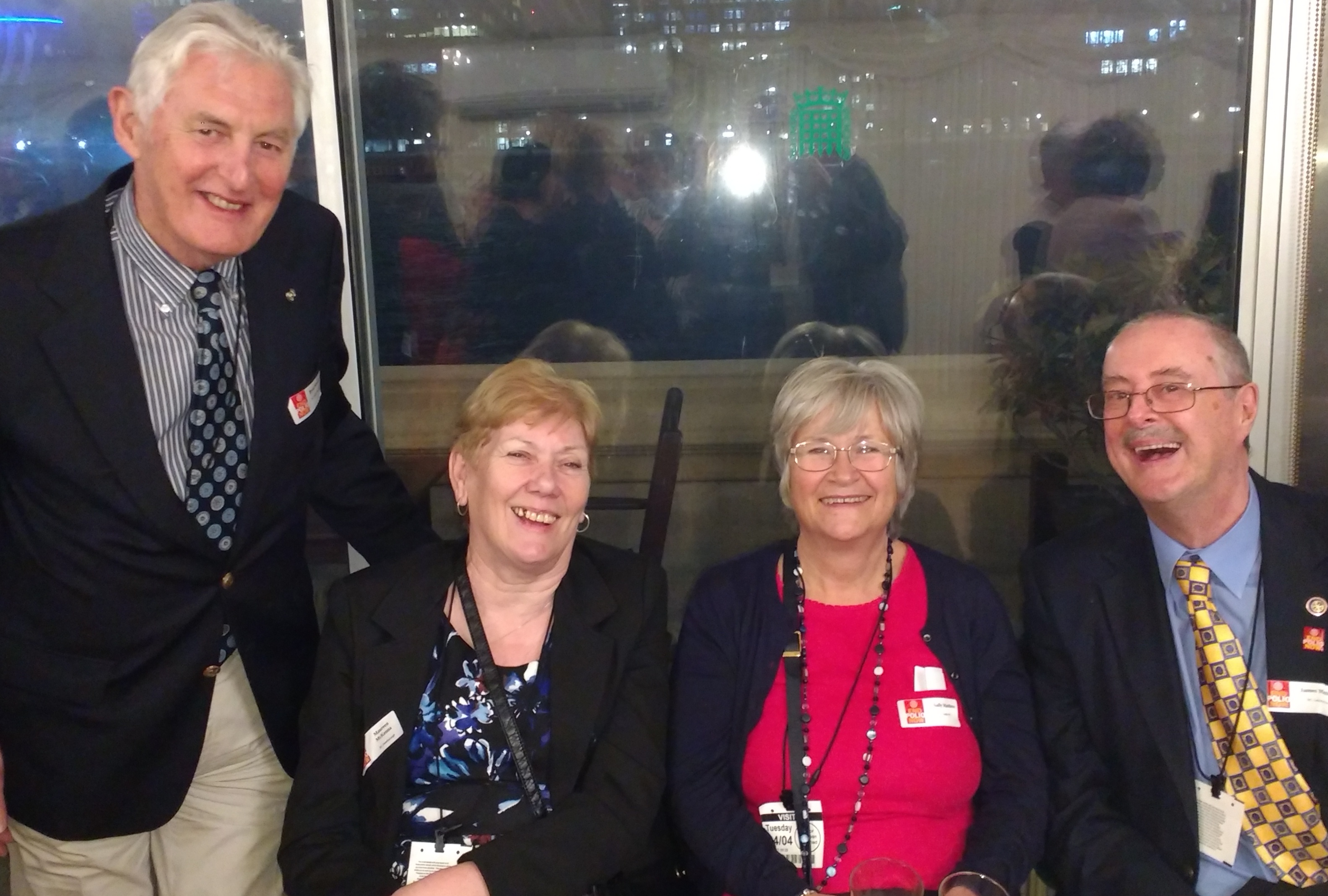 About 200 people who have taken part in Rotary International’s End Polio Now campaign attended a reception on The Terrace of the House of Commons.

In the Houses of Parliament Jim and Sally met Bryan Woodward a member of the Rotary Club of Loughborough Beacon and Maureen McKenna, of the Rotary Club of Peterborough with whom they worked in Delhi. They were also reunited with the Rev Debbie Hodge, who will be President of Rotary in Great Britain and Ireland for 12 months starting in July.

Jim seized his chance of inviting Debbie to visit Novus during her year of office.

The reception was hosted by William Wragg, MP for Hazel Grove. He revealed that at the age of 16 he had been a winner of the Youth Speaks competition run by Rotary to promote public-speaking skills among schoolchildren.

Both he and MP Penny Mordaunt, Secretary of State for International Development, praised the work of the Rotarians in fundraising and in delivering the vaccines in challenging parts of the world.

The biggest applause of the evening went to Mike and Bernice Yates who have coordinated RIBI’s visits to India, which was declared polio-free in 2014. Mike has made 20 visits to the country to make sure the programme saves lives.

When Rotary launched its campaign to rid the world of polio 30 years ago there were about 250,000 new cases being diagnosed every year in nearly 200 countries. Last year there were only 22 new cases in two countries.

You can see the Rotary International report of the reception here https://www.rotarygbi.org/rotarys-polio-volunteers-celebrated/