In the final fortnight of the last academic year, the children, parents, staff and supporters of Spinney Hill Primary School did a remarkable thing – they raised very nearly £3,000 to provide artificial limbs for people in developing countries who had been stricken by disease or some other trauma. 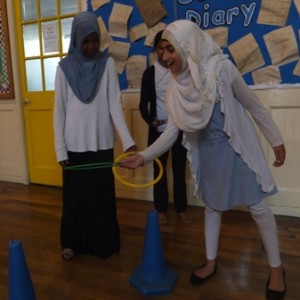 Spinney Hill pupils demonstrate one of the sponsored sports activities

When Jasbir Mann, the school’s Interim Executive Headteacher, explained to me and other members of the Rotary Club of Leicester Novus that she thought the school might raise enough for 50 such limbs, costing about £30 each, we were frankly sceptical, but asked her to see what the school could achieve.

Within 10 days they had met the initial target and a few days later we were able to bank double that amount.

Not only did the children show remarkable generosity  themselves, but they demonstrated some very good entrepreneurship, by making and selling friendship bracelets and other craft items, and undertaking sponsored events. But they also used language, maths and graphs to demonstrate how effective their ‘businesses’ had been. 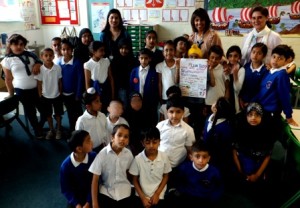 The school’s motto ‘Building A Better Future Together’ fits so well with the Rotary slogan ‘Service Above Self’.

If you want to know more about the Rotary Jaipur Limb Project, please click here or e-mail e-mail us