Leicester is the English city sixth in line behind London with the highest number of people living with HIV/AIDS.

The city has 771 people accessing HIV care — 3.59 people per thousand population — when the national average is about 0.9 people. Most of those are known to LASS which next year celebrates 30 years since it was formed as Leicestershire Aids Support Services. 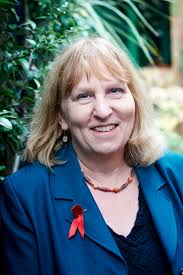 Jenny Hand, Chief Executive Officer for LASS, kindly spoke to Leicester Novus in October 2016 about the charity. She said its aim was to provide social support to people living with HIV, a virus that attacks the immune system, and weakens people’s ability to fight infections and disease. One of the main problems facing people with HIV/AIDS is stigma and discrimination.

Jenny told the Rotary Club that LASS continues to work make testing for HIV/AIDS easier. An innovative project carried out in 2016 involved offering HIV/AIDS tests alongside other health tests up and down the M1 corridor. Working with other organisations in regional partnerships, LASS went to workplaces alongside the M1. Jenny said LASS had obtained  a grant of £80,000 to run the project.

The blood tests offered free by LASS cost £7.50 each, a fraction of the cost of some offered by some commercial clinics. Each positive test — and over the past five years at LASS and in the local community there have been 14 — saves the NHS £300,000 in treatments and other costs. That testing is funded by the local public health department.

One of the achievements of which Jenny is most proud is getting Archbishop Desmond Tutu to become patron of the Leicestershire charity. She showed the Rotary Club a brief video of LASS clients, volunteers and supporters singing “happy birthday” to him. You can see and hear it by clicking on this link https://youtu.be/PcqesSeMpT0