That’s the number on the opening slide of a presentation to Leicester Novus by Annabelle Armes, who has just completed the end of her first year as Young Enterprise Manager for Leicestershire. Young Enterprise is the largest UK education charity and works with young people aged from 11 to 25. 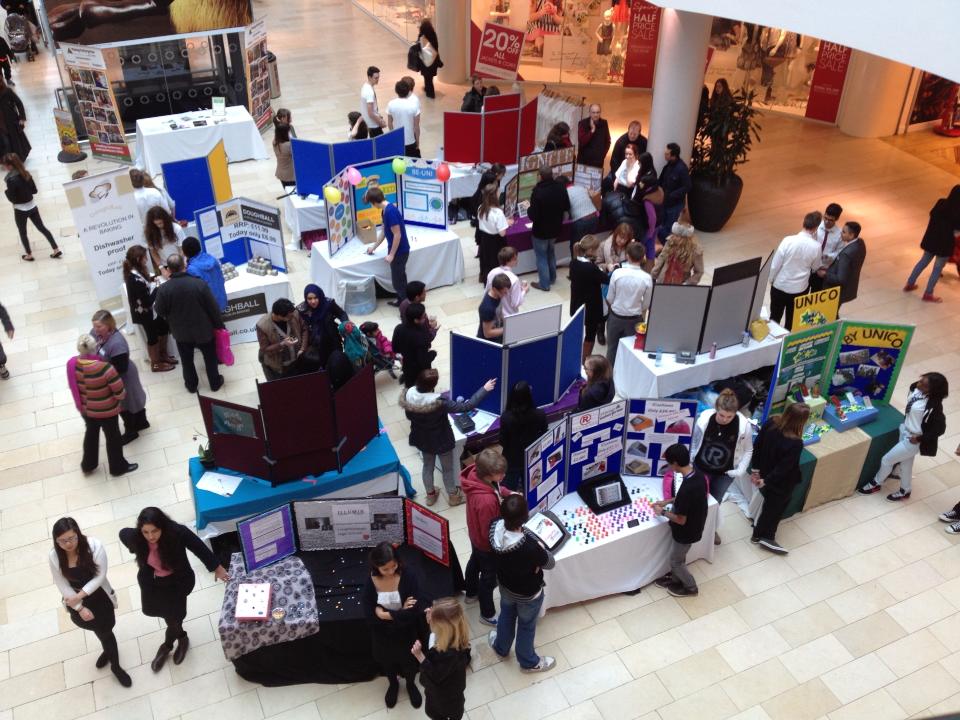 Young Enterprise will hold a trade fair at High Cross, Leicester, on February 25, 2018. This photo shows the same event held there in 2013

Annabelle told Rotarians about the charity’s various initiatives, concentrating on its Company programme, aimed at secondary school children. Schools invite Young Enterprise to work with students who form themselves into a company. issuing shares, developing a product or service and then taking that idea to the marketplace. Some schools pay the £585 fee to Young Enterprise, but some ask the students to raise the ‘admission fee’.

There are various prizes on offer at local, regional, national and international levels.

Part of Annabelle’s ‘pitch’ was to try to attract volunteers from Rotary clubs to act as judges, or business mentors. She made a very convincing case and said that the benefits enjoyed by students who take part in The Company Programme typically enjoy their later careers more, earn more and contribute more to society than their contemporaries.

Her final slide asked what her audience had thought the 800,000 had referred to. No-one in the audience guessed, so she revealed that there are in Britain 800,000 NEETS — young people not in employment, education or training.

She hopes that Young Enterprise can help reduce the number of young people in that unenviable position.

Members agreed that is a commendable aim and wished her success,

To get an overview of the charity, please watch this video