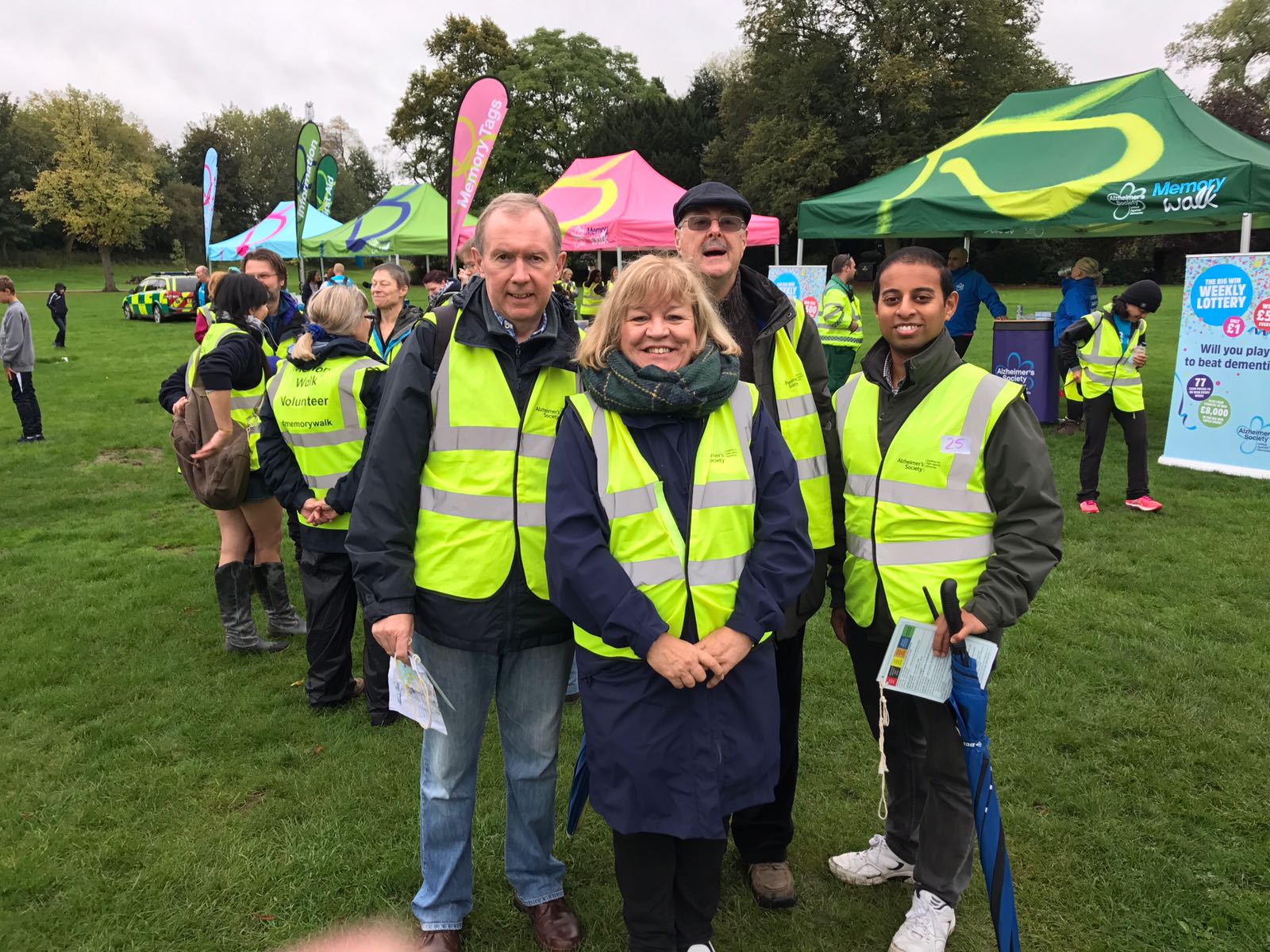 Four members of Leicester Novus Rotary Club were among the scores of volunteers who helped the Alzheimer’s Society’s Memory Walk starting and finishing in Abbey Park raise £250,000. Despite the day dawning rather dully, more than 2,000 sponsored walkers completed either the 2km course entirely within Abbey Park or the 7km walk which took them beyond the National Space Centre.

The Novus members volunteered after the charity’s Lloyd Butcher spoke to the club in the Spring and talked about the wonderful work being done to help people live with dementia and to help seek cures and preventative measures. The Rotary volunteers all agreed that the organisation on the day had been superb.

One — who shall remain nameless — in an event-appropriate lapse had walked almost all the way back to his car before realising he had forgotten to retrieve his folding chair which he had left at the finish line after his five-hour stint!

Novus will be back at Abbey Park on the morning of Saturday, October 14, planting purple crocus bulbs to beautify the park while celebrating Rotary’s part in a 32-year campaign to rid the world of polio. When the campaign began, there were about 1,000 new cases being diagnosed EVERY DAY. So far this year, after millions of oral polio vaccines have been provided and delivered by Rotarians, there have been only 10. If you would like to join us on that day, please e-mail RotaryClubofLeicesterNovus@gmail.com