Inspirational talk on why we must End Polio Now 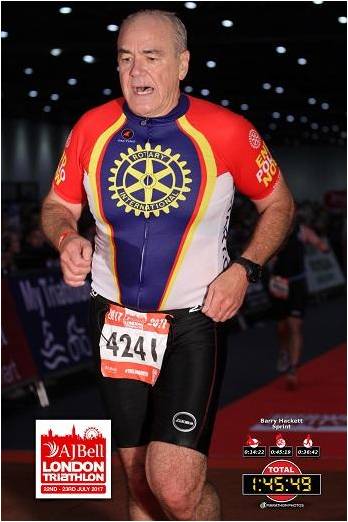 District 1070’s End Polio Now champion Barry Hackett gave an inspirational talk to Novus members, updating them on the current situation and explaining the undeniable logic of why Rotarians must continue their campaign until the disease has been eradicated completely from the world.

To recap, for new readers: In 1985, Rotary International (an organisation of 1.2 million members united by the ideal of Service Above Self) launched a campaign to rid the world of polio. At that time, there were 365,000 new cases being diagnosed every year — one thousand NEW cases EVERY DAY. Polio kills or causes crippling acute flaccid paralysis. Out of 2,000 people carrying the virus 10 will develop AFP. One of those will die, two or three will recover and six or seven will remain paralysed for life. But of those 2,000 people, with the virus, 1,990 carriers will show no symptoms. In our globalised world. if one of those people flies to another country, polio could flare up again all over the world.Since 1985, working with other international agencies, Rotary has bought and delivered millions of doses of life-saving vaccines to children under the age of five, the age of greatest risk. From Rotary Clubs in Great Britain and Ireland alone, about 1,100 people have travelled to India and other countries where polio is endemic.

Barry revealed that as of September 13, there had been only 10 new cases of wild polio in 2017, in Afghanisatn and Pakistan. However, in the Democratic Republic of The Congo and Syria there had been a total of 47 cases of circulating vaccine-derived polio virus  -— a much less dangerous form of the disease which has mutated in the live oral polio vaccine. 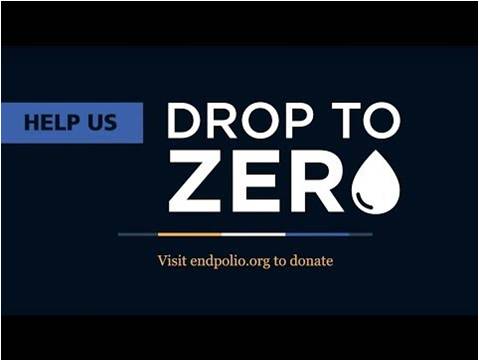 He explained that the 32-year campaign has been re-branded as Drop To Zero as a way of emphasising that the camapign will have to continue for three years after the last new cases has been diagnosed.

Barry not only talks the talk, or even walks the walk; he took part in a National Immunisation Day in India in 2016 and has raised £1,300 so far by competing in the 2017 London Triathlon.

He was thanked by Prof Bert Thurston and congratulated by Pam Spokes and by Jim Matthews, who said that Barry’s talk had been the best he had heard on polio eradication in his 31 years as a Rotarian.

If you want to add to Barry’s triathlon revenue, please click here

If you want to attend a meeting of Leicester Novus Rotary, or you want to know what Novus is doing for End Polio Now — or any of the other many projects we are working on, please explore this website and email us at rotaryclubofleicesternovus@gmail.com