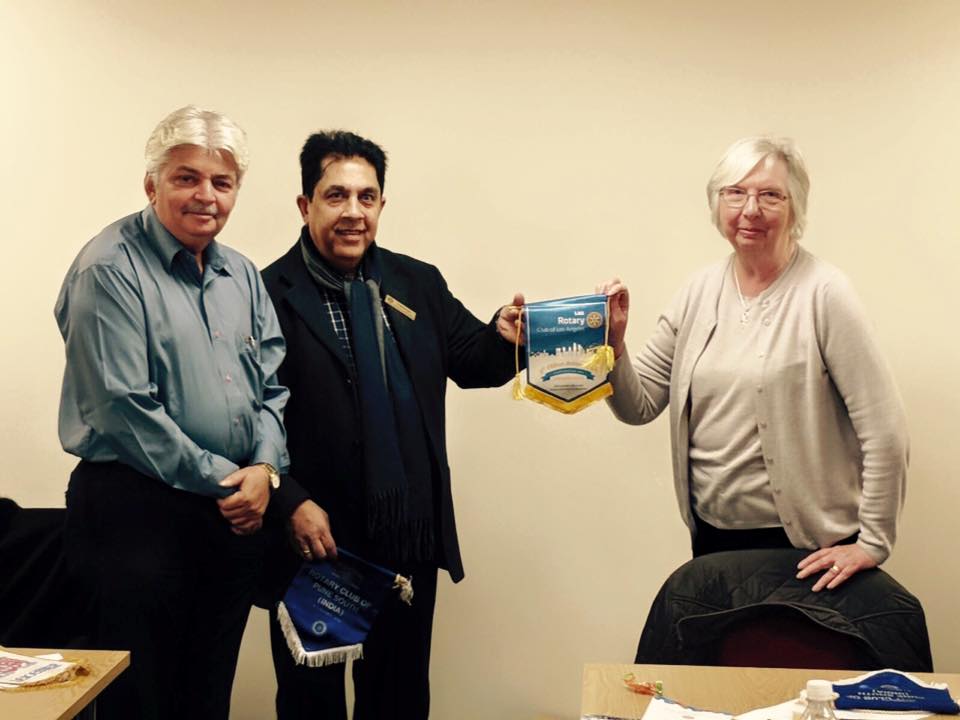 Every one of the 1.2 million Rotary Club members are entitled — encouraged even — to visit other clubs, near or far. Traditionally, they will mark their visits by exchanging banners or small flags bearing the name of their clubs. When the visitor next returns to her or his club, they will present the banner to their own club where they will be kept and maybe displayed for others to see.

The circle was completed recently in Pune, India, when member Virendra Shah returned to the Rotary Club of Pune South  and handed over the banner he had been given in Leicester to his club president, Kiran Purohit. 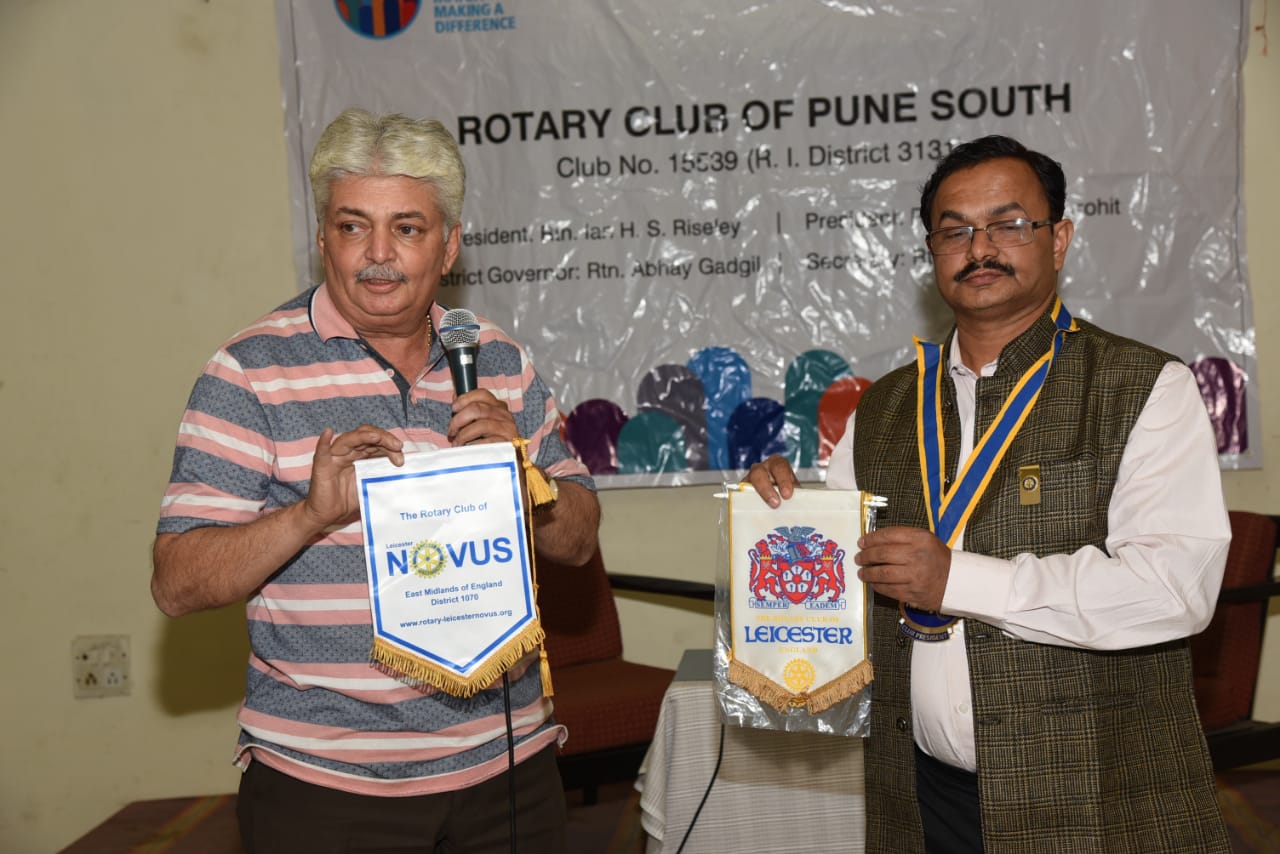 At about the same time that Viren had been visiting Leicester, Novus member Jim Matthews had been visiting the Rotary Club of Bijilo, in The Gambia. The club is brand-new and is the fourth club in he West African country. Over the last 22 years since Jim has been holidaying there, he has now visited all four.

The members welcomed Jim and suggested that he should be given a Gambian name. They chose Lamin, which is traditionally given to the first-born son. Jim thanked them for the honour and, looking round at the 25 young people at the meeting, acknowledged that it was very appropriate, since he was clearly the oldest person there!