Revealing the secrets of the South Atlantic 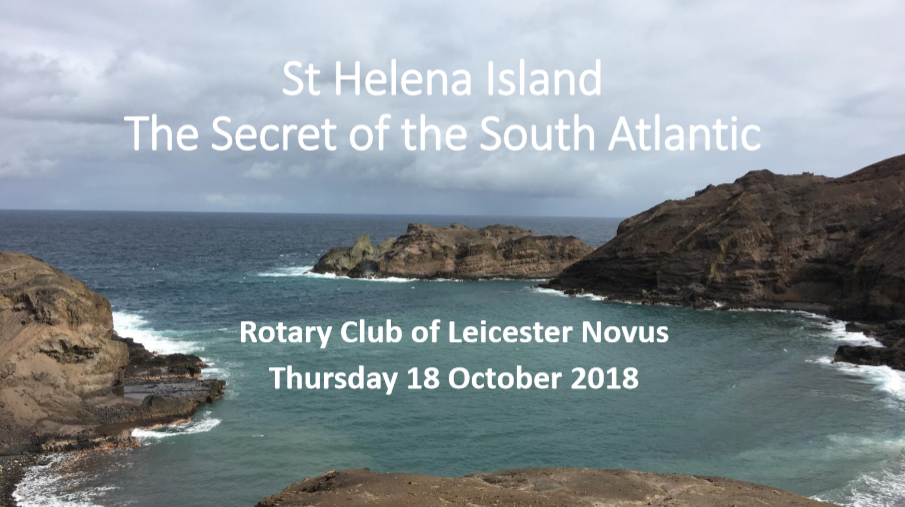 One of the joys of Rotary membership is the opportunity to hear excellent speakers and see wonderful presentations.

Many people may not be able to find it on a map, but might know it was where Napoleon was imprisoned and died. Those Novus members who were present now know much more than that;  they know the island —1,200 miles from Cape Town,  1,800 miles from Brazil and 700 miles south of Ascension Island  — was home to Tom Robson, son of past presidents Frazer and Carolyn.

During Tom’s two years as a teacher at the island’s only secondary school Carolyn and Frazer explored the volcanic island, which is only a third of the size of the Isle of Wight, being 10 miles by 6 miles. Because it is so mountainous — its highest point is 2,690 feet, nearly as high as Mount Snowdon in Wales — the couple only once got their five-year-old Ford hire car into fourth gear.

The photos of the island (population 4,500) were stunning and Frazer’s lucid descriptions and exploration of the challenges facing the island made for an evening which was far better than spending it sitting in front of the TV.